Home > NEWS > Your smart guide for a language stay in Salamanca: everything you need to know

Your smart guide for a language stay in Salamanca: everything you need to know

Are you looking for an extraordinary destination for a language study trip? Salamanca is the place for you. Warm and lively, she will allow you to learn Spanish while discovering the Hispanic spirit of Castile.

SALAMANCA IN SOME KEY POINTS
Salamanca is a Spanish municipality in the province of the same name, located in the community of Castile and Leon. It is just an hour's drive from Portugal.

Population: 144,436 inhabitants
Area: 39.34 km²
Nickname: Dorada, the city of gold
Currency: The euro
Spanish language
The city is not limited to these few informations. We'll take you on a discovery trip so you can get an idea of ​​the wonderful things that await you during your stay in Salamanca.

THE CLIMATE
As in the whole of Spain, it rarely rains in Salamanca. The climate is quite dry and varies wildly between winter and summer. Throughout the year, the seasons pass and are not alike.

Autumn: the climate is very pleasant. Neither too cool nor too hot. The sun is reflected on the streets that have smelled like grilled chestnuts.
Winter: in this period, the temperatures are low but remain positive. The winter season is still long. Fortunately the sun warms hearts a little and we can have a drink on the terrace without becoming an ice cube.
Spring: it's not yet the hottest moment. The day is nice, but for the evening, it is better to plan a small vest because the freshness is beautiful and well present.
Summer: if you like when the thermometer exceeds 30 ° C this season is for you. On the program: a nice lunch in the sun and tanning along the river Tormes.
There is not really an ideal season to go to do a language study in Salamanca. It's up to you to find the right moment according to your desires.

USEFUL AND UNUSUAL INFORMATION
Doing a language study in Salamanca is not easy. The city never sleeps and there is always something to do or see. Do not waste a single second to visit as many places as possible and blend in with the people.

THE STORY
At the base, Salamanca is called "Helmantica". Hannibal, who besieges the city in the 3rd century BC, gives it that name. The city is then an important commercial place of Carthage.

The Romans seize it, thereafter. It becomes the way of Silver because, placed at the edge of the Tormès, it allows to join the South to the North via the river and favors the exchanges.

The city then becomes university. In 1218, King Alfonso IX of Leon creates the general study. In 1254 it takes the title of university, it is then the first school of European education. Pope Pius XII founded the second private and Catholic university.

Improbable but true, during three years Salamanca lives under the French occupation (from 1809 to 1812). The war of independence will force the French to destroy a good part of the buildings, including a district entirely, to recover materials to constitute their defense. Really not cool ... But, fortunately, the Salamantins do not want us more today and will welcome you with open arms! 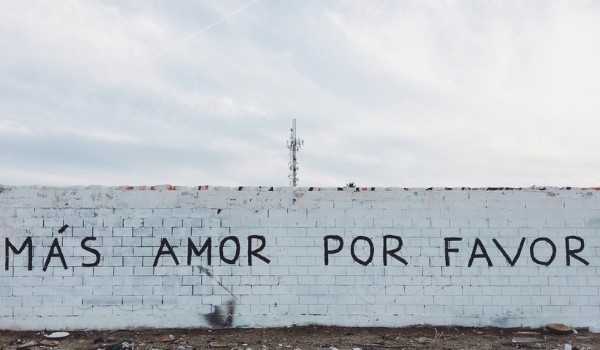 TRANSPORTATION
The only disadvantage of Salamanca is that it does not have an international airport. You can fly to Salamanca only by internal flights. But the journey is worth it.

One of the most beautiful Spanish cities can be visited on foot or by bike. There are very nice bike paths around the city center and especially along the river park. A good way to warm up in winter or enjoy the autumn sun.

THE COST OF LIVING
Doing your language study in Salamanca will not cost you much. The golden city is one of the cheapest cities in Spain. What a charm for your wallet! Whether for any purchase, Salamanca is on average 30% cheaper than most French cities.

A bus ticket will cost 1euros 60 in France, here it is 1euros 10. Similarly for food, for a full meal 7euros a day are enough. A baguette will not exceed 70 cents.

All that is leisure like the cinema, the concerts, the theater or even the exhibitions, are either free or cheaper in comparison with ours. And to go on an excursion around the city, in the community of Castile-Leon, 30 euros per person are enough.

FOOD AND DRINKS
Spain is famous for its gastronomy. And Salamanca is no exception to the rule. During your language stay, your taste buds will feast. It's not just sangria and paella here!

TYPICAL DISHES
One of the most popular dishes to be tested urgently is called Chanfaina. It is an ultra complete plate of rice, pork, lamb and chorizo.

The Armuña lentils are very famous for their fine taste and melt in the mouth. They are known throughout Spain and even beyond the borders.

The mountains surrounding Salamanca make it possible to dry the charcuterie, called embutidos. Choice pieces are selected and presented in the restaurants.

THE DESSERTS
The Spaniards are fond of desserts of all kinds that they call dulces. We find the Turron de Almendra. It is a hard nougat that comes from Alberca, a small village near Salamanca.

There are also Amarguillos, these almond-based cupcakes. A very old and sacred cake is called Bollo maimon, it represents one of the most ancestral pastries of Salamanca.

TAPAS BARS
Extremely popular among our Spanish neighbors, tapas bars bring families and friends together. One drinks a glass of local wine or local beers, while enjoying a plate of cheeses of Arribes.

These are often places where meetings can take place, in which you will be able to put into practice what you have learned during your stay.

A STUDENT CITY
To learn or improve your Spanish, Salamanca is the perfect destination. This student city brings together, each year, 50,000 students, including 5,000 from abroad. A municipality that wants to be very cosmopolitan.

21 educational institutions are present including a university which is the first created in Spain in 1218. It is also one of the oldest in Europe with the Sorbonne and the faculty of Bologna.

A frog is hidden in the facade of the university. Legend has it that students who do not see it will miss their year.

LOCATIONS NOT TO BE MISSED
City must-haves must be part of your program during your language study stay in Salamanca. It is important to know that the historic center of the city is declared a UNESCO World Heritage Site.

TO VISIT
The Plaza Mayor
Main square of the city, it is surrounded by shops, bars and cafes. The clock is the meeting point for all those who meet in the center before going out. The Tourist Office is also present as well as the town hall.

It is a place animated by all time, with street artists, orchestras, jugglers, concerts ... An emblematic place that is, supposedly, the most beautiful of all Spain.

Casa Lis
The Museum of Art Nouveau and Art Deco in the city of Salamanca is famous for its modern building with colorful stained glass windows. Many artists come to exhibit their works all year round. Sculptures, paintings, furniture, jewels, clothes, porcelain ... The course is varied.

The Roman Bridge
It is also called the Puente Mayor del Tormes. This bridge was built in Roman times on a rocky terrain. It is approximately 176 m in length. There are 26 arches underneath, 15 of which are original.

A real historical monument that is an integral part of the heritage of Salamanca. 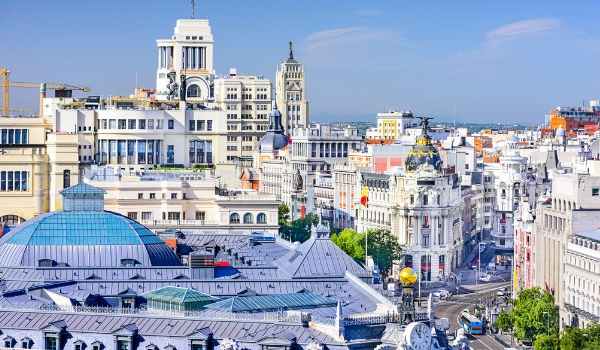 TO ADMIRE
Scala Coeli
The literal translation means "stairway to heaven". If you borrow it you will arrive at the towers of Clerecia. The experience is unique and offers a magical view of the city. The sky being the place of happiness, the towers were built to be closer to the clouds.

Admission is not free as it includes other visits such as the Royal College of the Society of Jesus, Real Clerecia of San Marcos or the Bell Ringer's Staircase. And many other small architectural treasures.

The Cave of Salamanca
This place is full of legend. It is said that the devil taught black magic to students in Salamanca. This is one of the essentials of your language study stay in Salamanca. This myth has given birth to Spanish literary works that take it as the main subject.

TO PARTY
Partying is an institution in Salamanca. The city has many pubs and bars scattered throughout the various streets. You will not escape during your language study stay in Salamanca.

hawker
Located in Bordadores Street, one of the favorite streets of students, this dance bar is the best known of the city. It was created in 1986 and is located in a section of the Ursuline convent. A surprising place that shakes the codes of the night.

The style is very medieval and elements of the decor are vintage as the columns, the pulpit and the altar.

Posada de las Animas
This snack bar is surely one of the strangest you'll find during your language stay in Salamanca. We love his psychedelic style created by a dark decoration and colorful illuminations. A very special environment that can please as much as scare.

El Puerto de Chus
Salamanca is perhaps the only city to have a night port. When you return to this bar, you are directly transported to a harbor street with shops, wooden houses on two levels, clocks.

But we are not here to admire the catch of the day but rather to drink with friends. It is a rather unusual establishment that is worth the detour. Attention, it does not take the blue card, cash only!

The sun, the Spanish accent, the local specialties ... Everything is there to spend pleasant moments. It's good, no doubt for your next language stay it will be Salamanca! There is so much to discover in this beautiful Spanish city.